What is a Watershed? 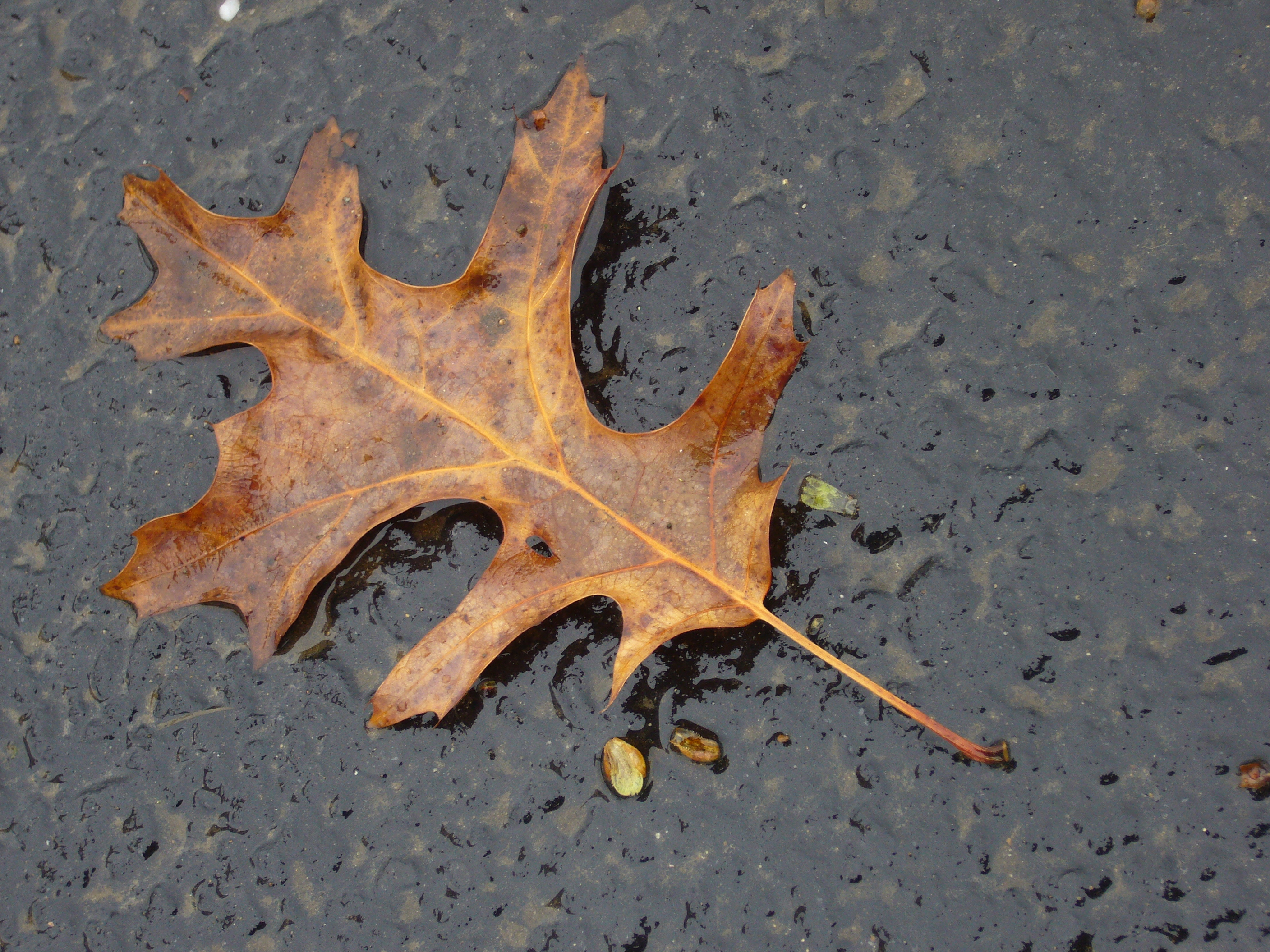 The veins in a leaf are like the connection between rivers and streams.  The surface around the veins is land that sheds rainfall and snow melt into streams and rivers.

Vegetation of all kinds absorb some of the water, either storing it or releasing some to the atmosphere.  Stored water has a cooling effect, increases humidity and feeds all kinds of creatures and plants.
Soil is like a sponge but not all sponges are the same with each holding differing amounts of water.  Groundwater is important as a source of drinking water.
Watersheds come in all shapes and sizes
Clearwater County is a headwater region with 1.8 million hectares of land to store and release water for three great watersheds.
North Saskatchewan River Watershed
The mighty North Saskatchewan River stretches from Banff Park to the Alberta/Saskatchewan border and beyond. Ninety per cent of the water in this river comes from the Cline, Brazeau, Ram and Clearwater watersheds in Clearwater County. It is a source of drinking water for hundreds of thousands including the city of Edmonton.
Red Deer River Watershed
The equally important Red Deer River receives its water from a multitude of groundwater springs and surface headwater tributaries such as the Panther, James, Raven and Medicine rivers.  The "Big Red” contributes 41 per cent to the flow of the South Saskatchewan River system with the city of Red Deer among its water users.

Together
The North and South Saskatchewan rivers merge about 40 km east of Prince Albert, SK, ultimately ending in Lake Winnipeg.  In good conscience citizens of and visitors to Clearwater County have a responsibility to consider these downstream neighbors.  Whether it’s a weekend of hiking, horseback riding or quad riding, raising livestock or crops for a living or some other industry in the white or green zones, living in a hamlet, subdivision or acreage – we all have a responsibility to conduct our affairs with environmental integrity.
The eastern part of Clearwater County, known as the settled area, represents about 12 percent of the land or about 225,000 hectares.  There are about 12,000 county residents.  Including the Town of Rocky Mountain House and Village of Caroline the population is nearly 20,000.  Through the summer months there can be upwards of 100,000 weekend visitors on a weekly basis.
Athabasca River Watershed
A small portion of Townships 44-16 and 44-17 at the north end of the Forestry Trunk Road (SH 734) feeds the Athabasca River watershed.  Topography, not human-assigned boundaries, delineate watersheds.  Although occupying only a few square kilometers of drainage, Clearwater County can still claim to contribute to the beginnings of this waterway that eventually empties into the Arctic Ocean.
Ribbons of Joy
Think of creeks like shoelaces.  Some are long and wide like skate or boot laces.  Others are like sneaker or dress shoe laces.  Some are small like kids laces.
Some creeks have names, others not.  Some flow part-time, others year-round.  Some meander through occupied land while others wind through public land.  A few share private and public land.  Most become violent torrents during high water events while others simply spill their banks into a vast, lake-like floodplain.
Prairie creek, a tributary of the Clearwater River, gathers its water from the green and settled areas southwest of Rocky Mountain House relying on its north and west stems along with Vetch creek and numerous springs to swell its volume.
As the outlet for Cow Lake, Cow creek has a short but significant run through mostly agricultural land to the North Saskatchewan River picking up flow from creeks called Heifer and Bull.
Originating in wetlands east of Rocky Mountain House, Horseguard creek meanders through the settled area picking up flow from Lobstick, Lasthill and Blueberry creeks.
Water sampling of these creeks over a three-year period resulted in a report in 2005.  Prairie creek water quality was "excellent”, Cow Creek considered to be "good” and Horseguard rated "fair”.
The challenge is to maintain and improve water quality and riparian health wherever possible for these and all our watershed tributaries.
Ponds of Gold
Clearwater County is honored to have many lakes to appreciate and enjoy.
This pristine lake southwest of Caroline covers nearly 300 hectares, is nearly four times as long as wide and has an average depth of three meters.  It’s classed as "oligotrophic” meaning there are low levels of nutrients and high oxygen content.
The lake is fed by West Stony creek, passes through a weir to become East Stony creek eventually emptying into the James River.
According to a 1996 study done by Alberta Environmental Protection the water quality was considered excellent.  The lake is home to the Summer Village of Burnstick Lake.  This lake is popular for fishing, wildlife viewing and camping.  There are several resource industry roads and sites in the area.
Cow Lake
This shallow lake covers approximately eight square kilometers and is consider "mesoptophic” or moderately nutrient rich.  The lake has a mean depth of just less than one meter.  Cow Lake is the source of Cow Creek at its southwest bend.
Approximately one-third of the crown land surrounding the lake is designated grazing lease.  A popular campground along the west side and day use area on the north side afford people the chance to fish, canoe or operate pleasure craft.
Crimson Lake
This popular recreational lake is in the lower half of Crimson Lake Provincial Park.  The lake is considered mesotrophic with a mean depth of just over 2 metres.  Buster Creek border the north end of the park and Prentice Creek trims the southeast corner of the park.
Cottage dwellers reside on parts of its perimeter and a variety of agricultural, acreage and industrial uses occupy the neighborhood.  Seasonal parks programs attract many visitors.
Other gems
There are numerous other lakes – Swan, Phyllis, Alford, Ironside, Strubel, Beaver, Birch and more – each with tremendous natural function and importance.
Anything but Wastelands

Perhaps the most misunderstood natural features are wetlands.  The Cows and Fish organization put it best: "Quite simply, wetlands are lands that are wet.”  And wet means value.
Cows and Fish go on to explain, "wetlands… are the connection in the watershed we often can’t see, linking groundwater, surface water in other wetlands, lakes and streams, soil moisture and weather patterns.  Wetlands are so closely linked with other parts of the water cycle that drainage can have significant local effects such as lowering the water table, reducing local precipitation and creating greater temperature extremes.”
In Clearwater County there are large wetlands which initiates Horseguard creek in 38.6, Kodiak Lake south of Leslieville and the expansive wetland at the south end of Wall Street road in 37.4.  There are countless smaller wetlands, perhaps only one acre in size, with some willows and cattails.  Each has ecological value to humans and wildlife.
See also:
North Saskatchewan Watershed Alliance
Red Deer River Watershed Alliance
Beaver our Watershed Partner
Caring for Shoreline Properties
Facts about Water in Alberta
Other Cows and Fish publications
Uplands and Lowlands
If you have flown in an airplane or helicopter you know the land looks much different with a bird’s eye view.  Google Earth allows each of us to discover land and water from above.  Pictures from the international space station also provide us a different perspective of Terra firma.


Riparian areas
There are many definitions of the word riparian but none better than how Cows and Fish (Alberta Riparian Habitat Management Society) describes them:
"Riparian areas are moist areas of water-loving vegetation that border a stream, river, lake or wetland.  They are very important ecologically, socially and economically.  A healthy riparian area helps reduce bank erosion, trap sediments, filter pollutants, improve water quality and provide livestock forage and excellent fish and wildlife habitat.”
See also: "Looking at my Streambank” and "Looking at my Lakeshore” at www.cowsandfish.org
An aerial view in early spring makes streams look like green-bordered ribbons and lakes or ponds like emerald-rimmed buttons.  In Alberta these areas constitute about 2 percent of the landscape but incredibly support 80 percent of wildlife.  People depend on them to recharge groundwater for a drinking water supply, to have surface water for livelihood and recreation or as simple places to enjoy the sound of a red wing blackbird, to fish for a brook trout or watch a moose cow calf pair.
Landcare promotes careful use of riparian areas.  This includes the following examples:
Upland connections
An aerial view of land away from water reveals a myriad of features – different grades and lengths of slopes, patterns delineating runoff from deep draws to shallow rills, evidence of old oxbows where water used to flow and varieties of ground cover from trees to shrubs and grasses to bare ground.  How we manage the uplands is just as important as how we manage the lowlands.
With this connectivity in mind, Landcare promotes careful use of upland areas.  This includes but is not limited to:

Learn more about my taxes

Find out about road bans

Know if there is a fire ban

Buy a lot in Nordegg